Trachoma is an ancient disease dating back to the pharaohs. Originating in central Asia, it was once prevalent across Europe afflicting both the Ancient Greeks and the Romans. St Paul, Cicero, Horace and Galileo were among the millions to have suffered its torments over the ages.

Caused by the Chlamydia bacterium – and spread by dirty fingers and flies in much the same way as conjunctivitis – it scars the underside of the eyelids forcing them to tighten and curl inwards over time. When left untreated the result is trichiasis – a slow and torturous descent into blindness as the lashes scrape the lens of the eye, destroying it blink-by-blink over years.

Following antibiotics, restorative surgery is relatively straightforward. A full-thickness incision is made along the length of the lid. The lid is then rotated outwards, lifting the lashes from the globe of the eye and allowing the patient to see clearly again and without pain. 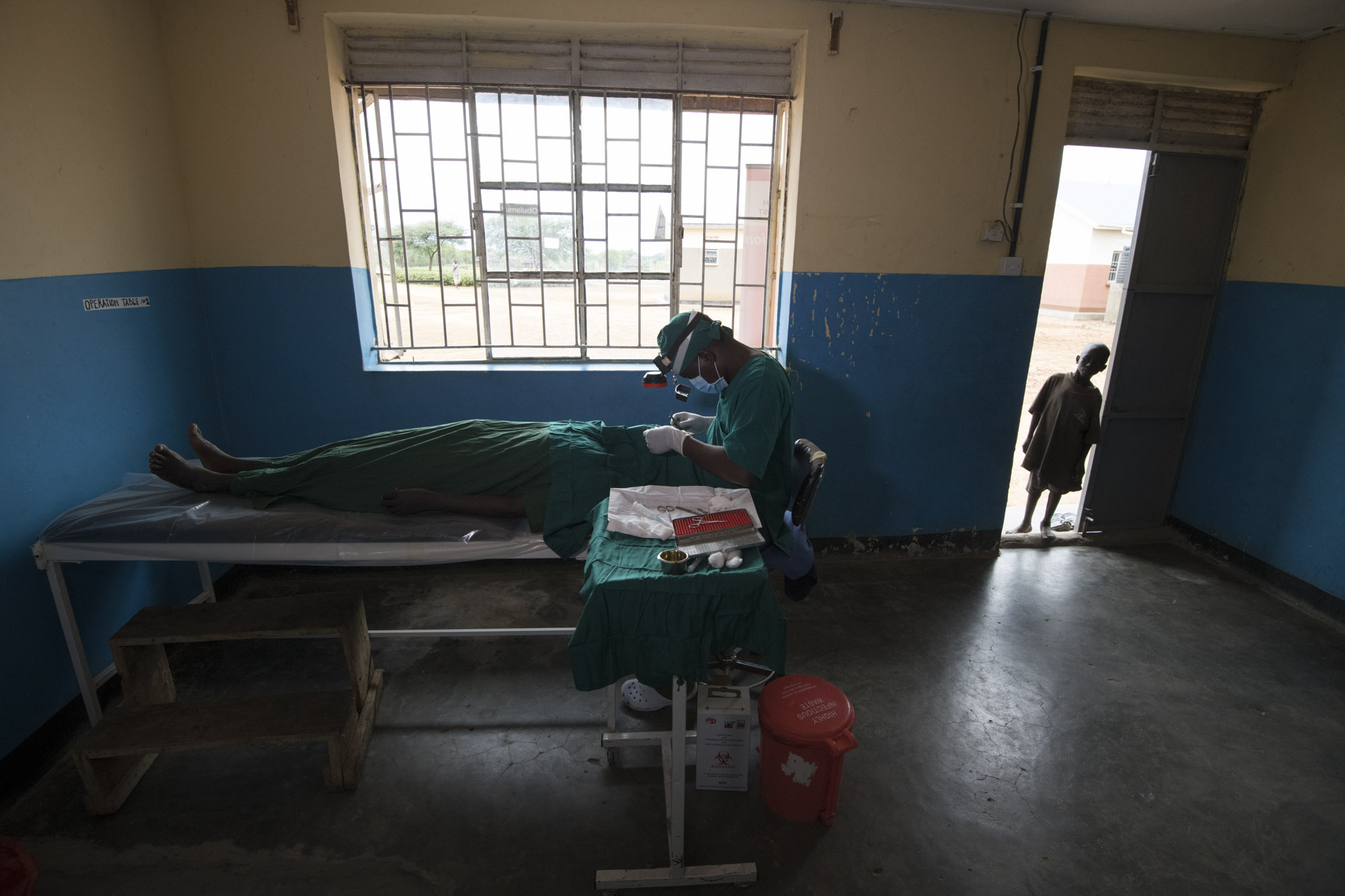 A child looks on as a patient is operated on. 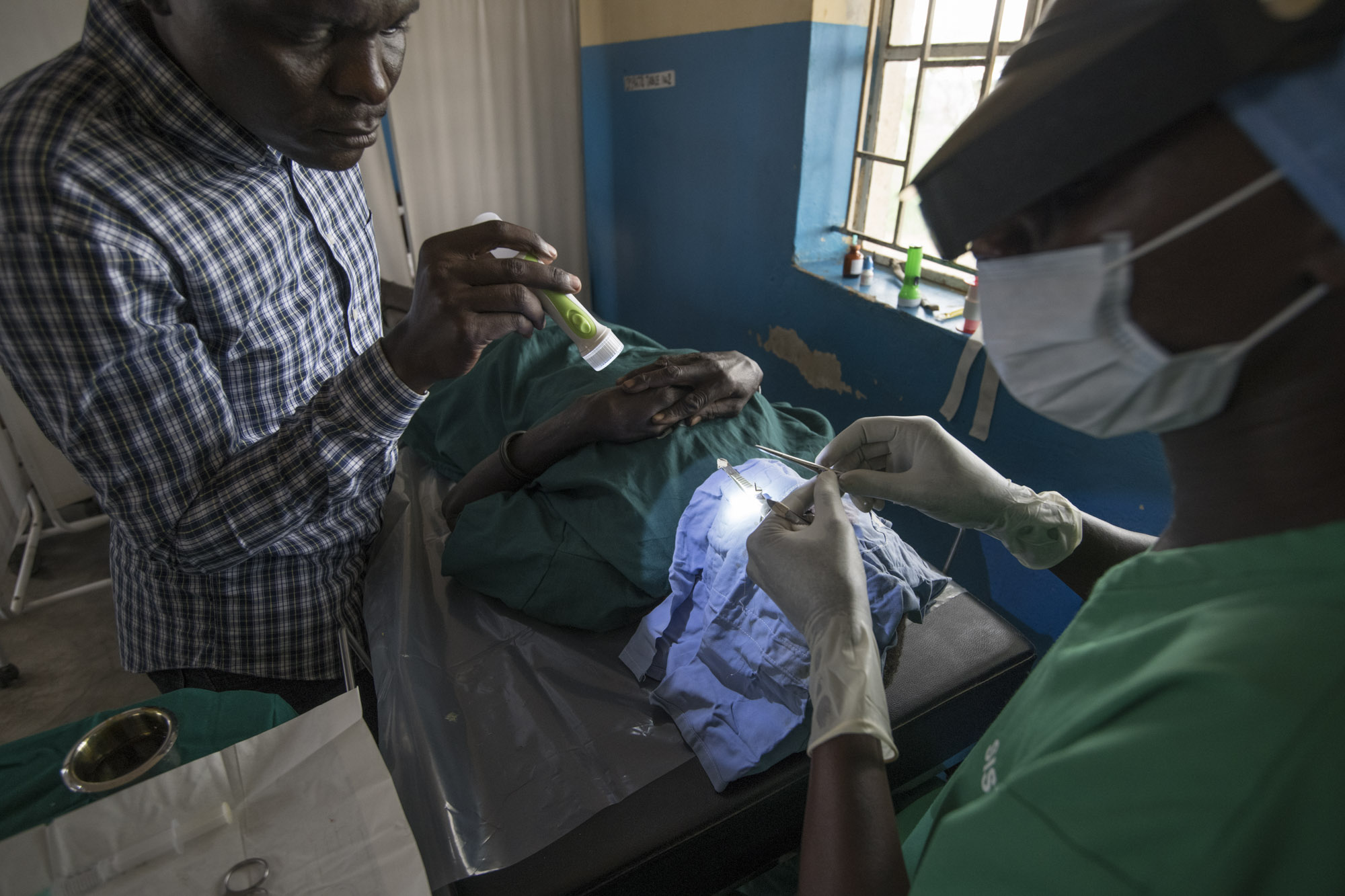 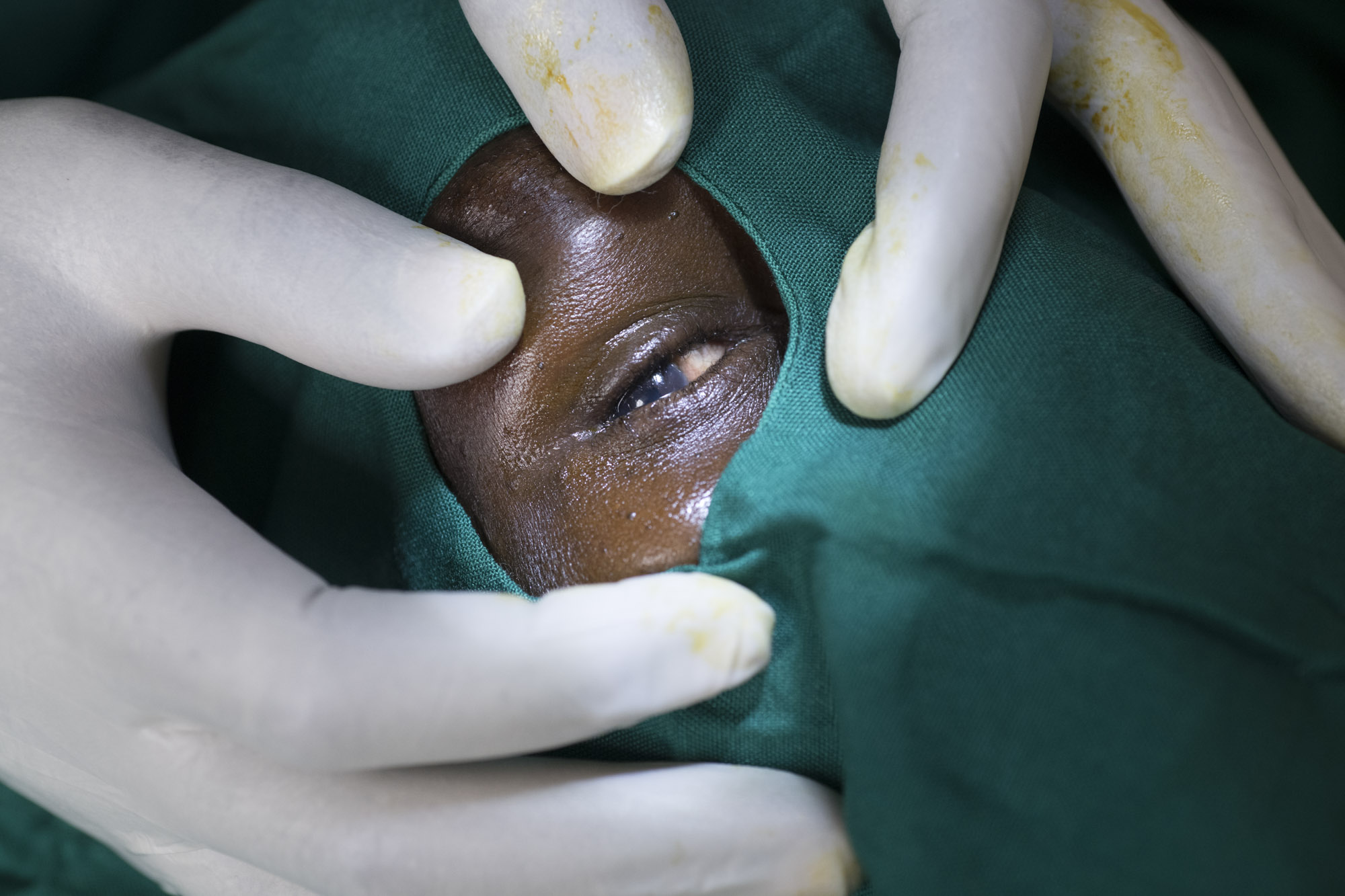 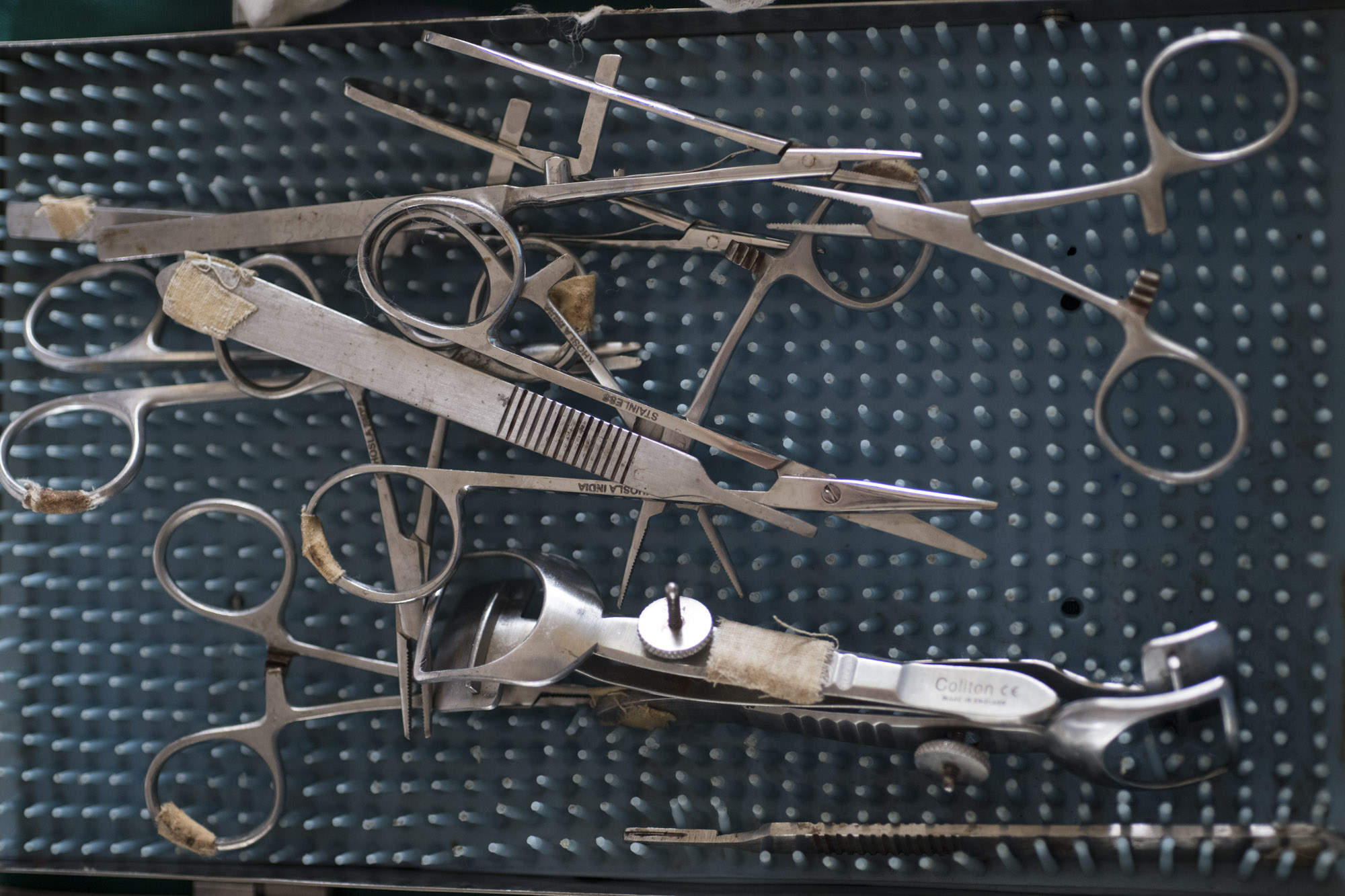 Surgeons operate with a limited range of simple instruments 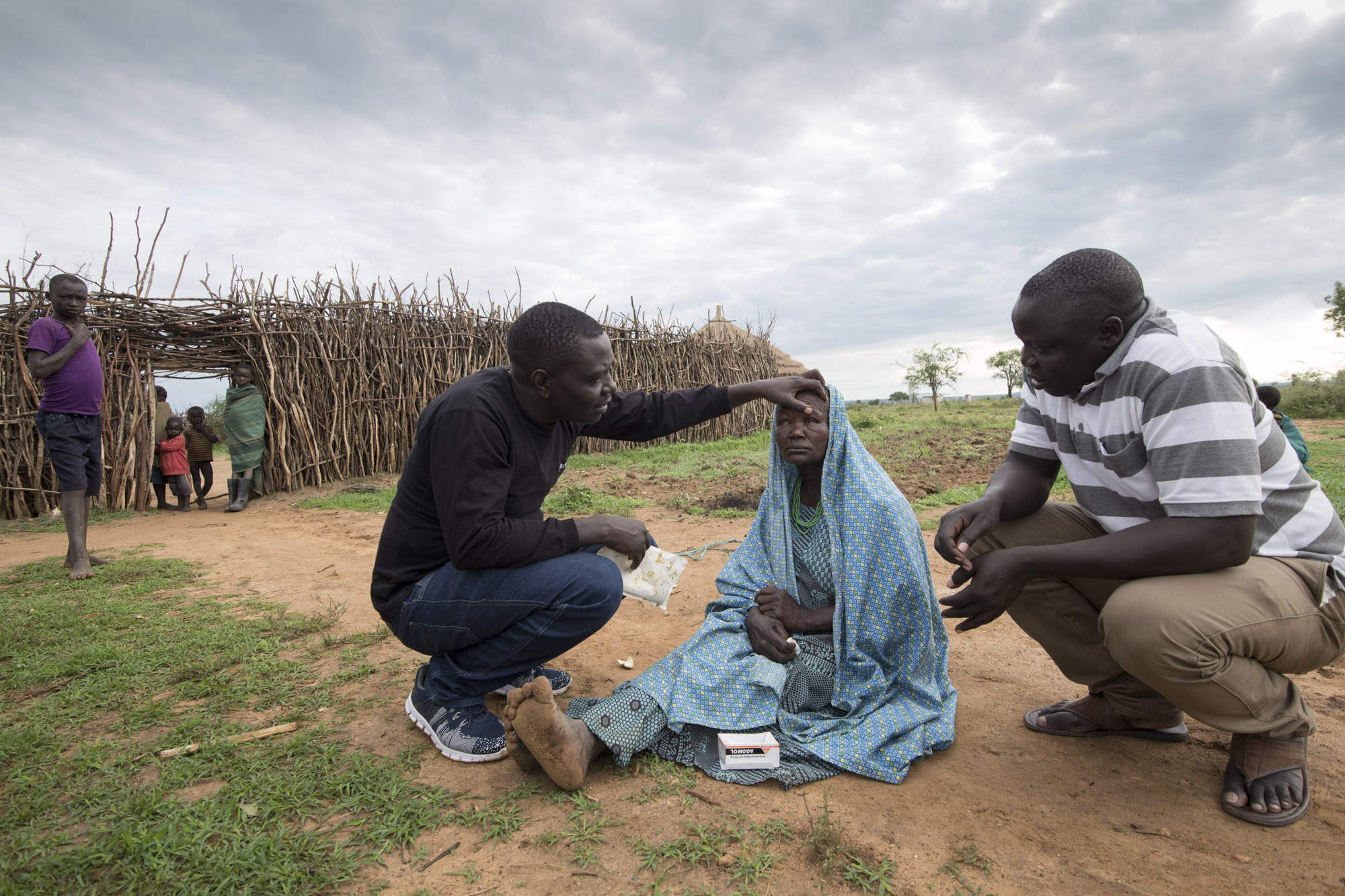 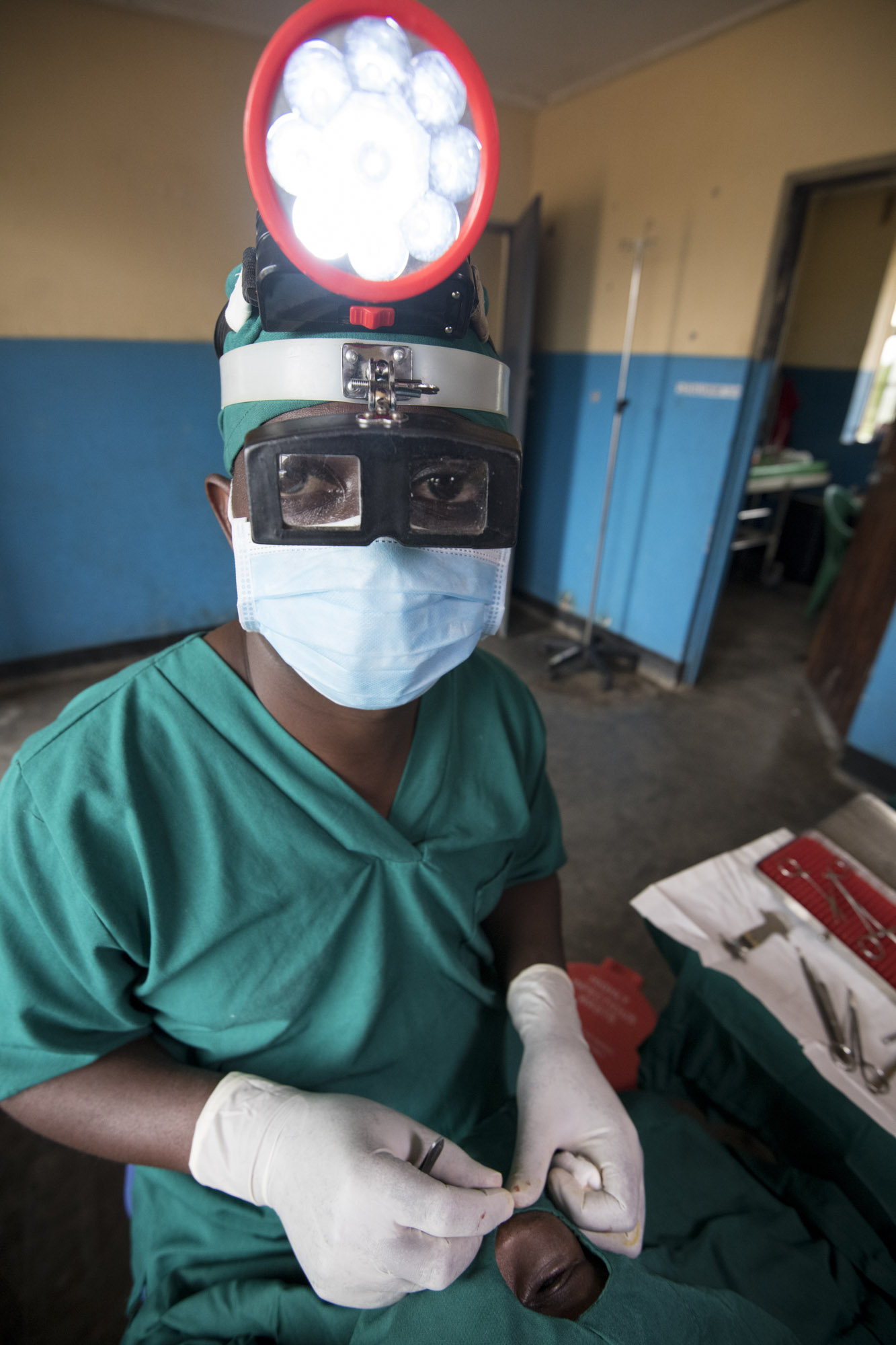 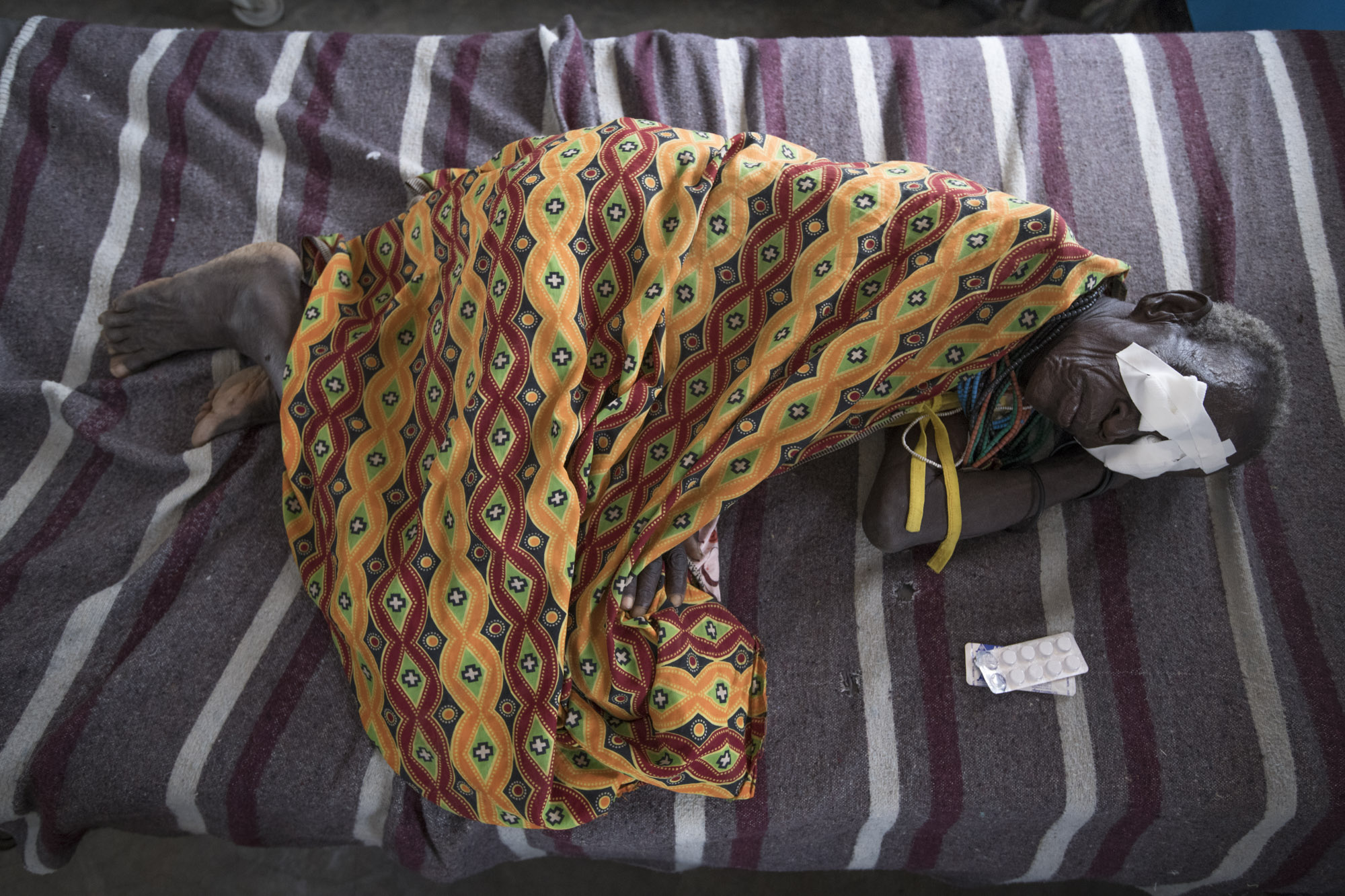