“In my years photographing global health issues I have looked for the people behind the numbers, their vulnerability and their powerlessness. By creating arresting, not shocking, images I take a broader view of their circumstances and the issues that will grow beyond their origin to affect us all. This is the story I want to tell.” – Simon Townsley

Simon Townsley is an acclaimed international photojournalist and twice recipient of the British Press Photographer of the Year Award. Simon is known for his ability to connect with people and convey their story with dignity, even in extreme contexts.

Arriving in London in 1987 from New Zealand, he was appointed Senior Photographer at the Sunday Times where he remained for 14 years. He covered conflicts around the world, including the Balkans, West Africa, the Middle East and Asia. He was assigned to photograph in depth numerous major news events such as Tiananmen Square, the Gulf war, fall of the Berlin Wall, siege of Sarajevo and the election of Nelson Mandela.

In 2002 he felt a need to explore photography in a deeper sense, to understand photography in its purest aesthetic, Using the power of the image to convey a message through its beauty alone. He embarked on a personal project- OILMAN. Industrial landscapes from over 20 countries explore mankind’s relationship with the natural world in the desperate and dramatic pursuit of oil across the planet. Using his love of the simple aesthetic, the images were shot in large-format and displayed as grand-scale prints, exploring the sense of scale that the oil and gas industry operate on and the issues it creates.

For the last four years Simon has been working with the Telegraph Media Group Global Health Security Team. With support from the Bill & Melinda Gates Foundation, the Global Health Security project seeks to bring awareness of vitally important issues to wider audience and focuses on key pillars of health and security around the world. 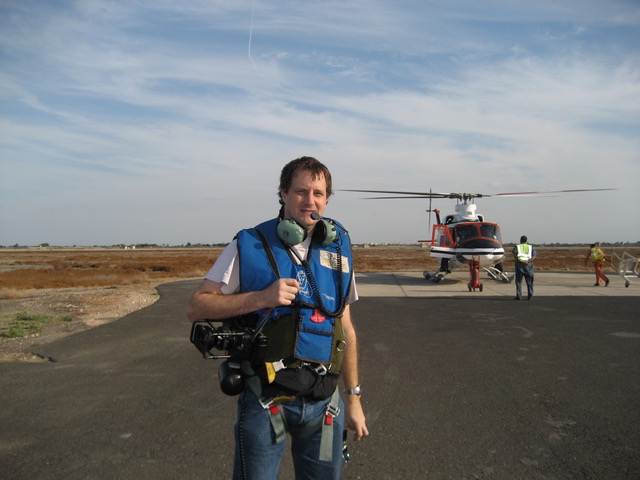 “Trust is an essential value in being able capture a powerful image, but trust isn’t just between subject and photographer. It criss-crosses all threads, from NGO, publisher and authorities to photographer and subject. It is a privilege to be able to bear witness, and it is one I seek to honour. By creating compelling images of distressing situations I can break down the barriers that stop people engaging, to open their eyes without fear and broaden their perspective. – Simon Townsley