Since 2017, frenzied armed gangs have forced almost half the population of a region the size of Ireland to flee their homes. The fighting has created one of the largest humanitarian crises on earth.

But little aid reaches Ituri’s 1.7m displaced. They are forgotten and ignored in a nation that is now home to 5m refugees, second only to Syria.

Humanitarian funding in Ituri is so tight that food relief efforts rarely last more than six months before aid workers have to turn elsewhere, forcing civilians to forage for food closer and closer to enemy lines.

Ituri’s two main ethnicities – the pastoralist Hema and the farming Lendu – have been played off against each other by outsiders trying to get their hands on the region’s rich resources for more than a century.

First, Belgian colonialists entrenched the Hema at the top of the region’s hierarchy. After independence, the power-crazed President Mobutu Sese Seko allied himself to Hema elites to keep Ituri’s wealth flowing into his Swiss bank accounts.

Then during the so-called Great War of Africa in the 2000s, Uganda and Rwanda fought a devastating proxy war in the region by backing rival ethnic militias.

From 2007 the fighting lulled. But now about a dozen Lendu militias belonging to an umbrella-group called CODECO are raping and pillaging Hema communities on a massive scale for reasons that no one seems to quite understand.

Some 3m children have been displaced by violence across Congo, according to UNICEF. Unprotected in their camps, with little security or education, they are vulnerable to rape or exploitation. 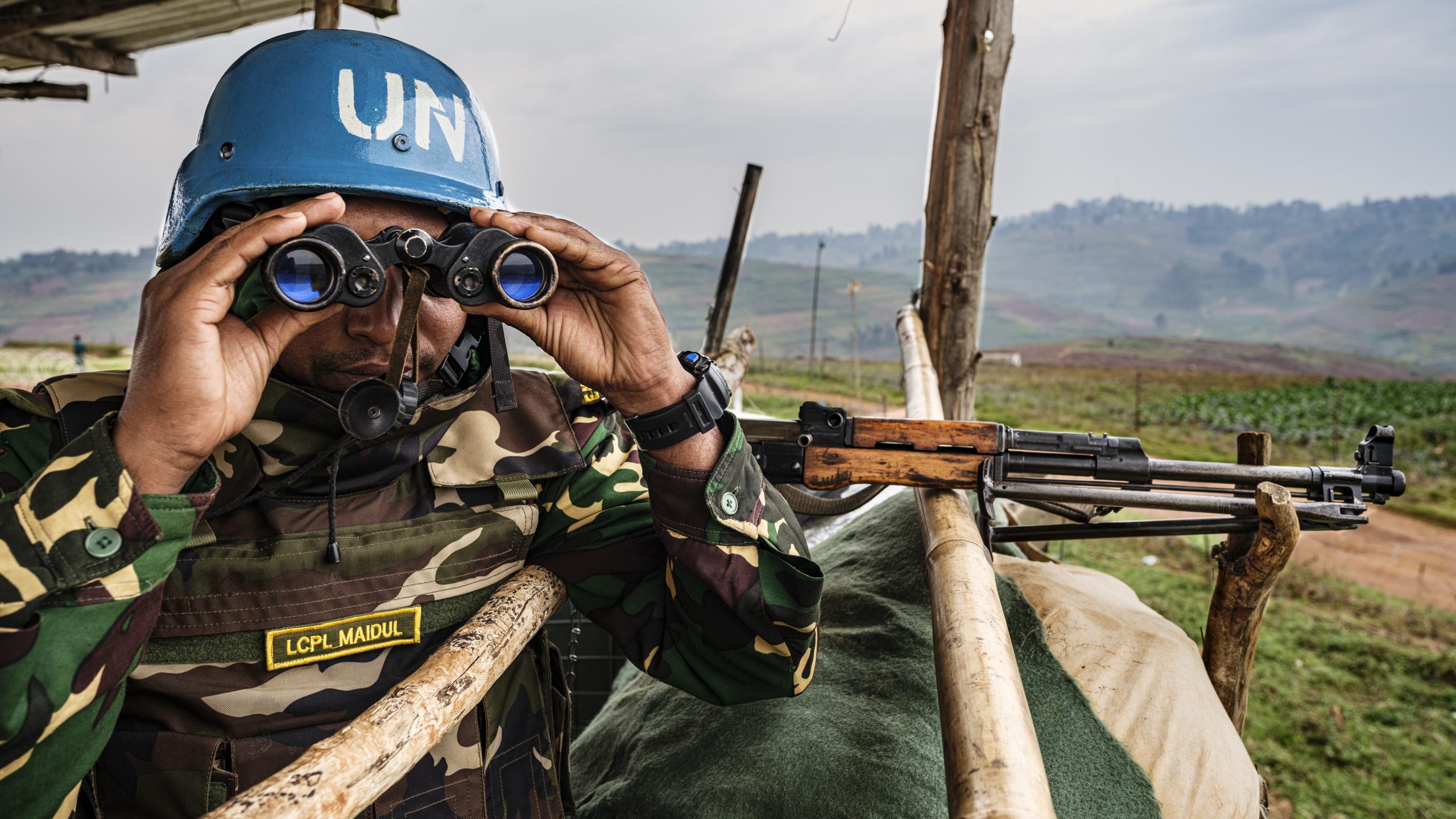 Children from the Tsere IDP camp across the valley behind them. They have been there between one and five months. "The best thing about living here is the rice" one of them said, "the worst thing is the fighting between the children" said another.

Kigonze Camp near Bunia. 5 year old Rachel Ngabusi who was attacked with a machete aged two. Her aunt Gave Claudine is in the background. 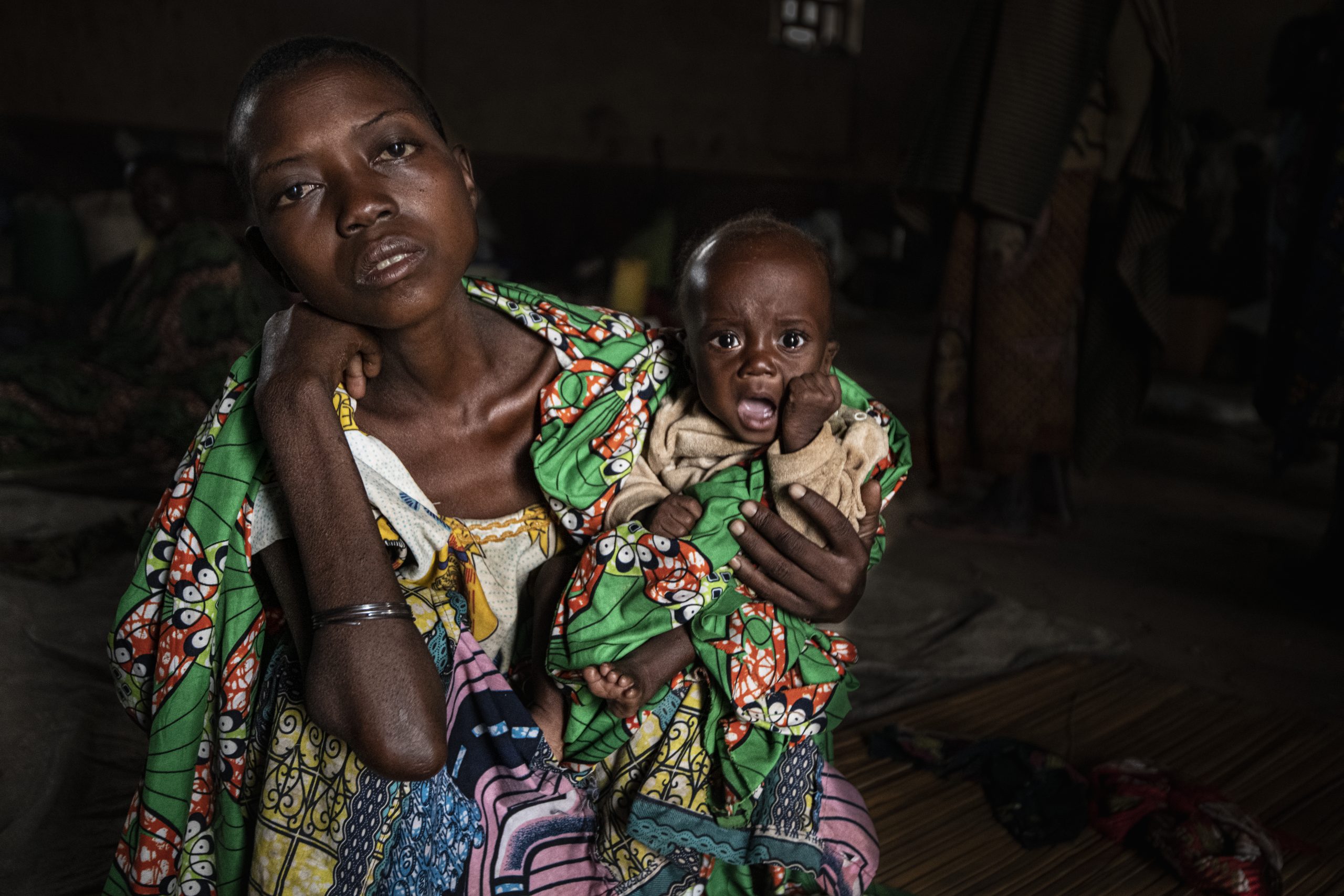 20,000 displaced people live in Drodro. Hundreds sleep in a disused church including Claudine Andriane and her baby Isaac. 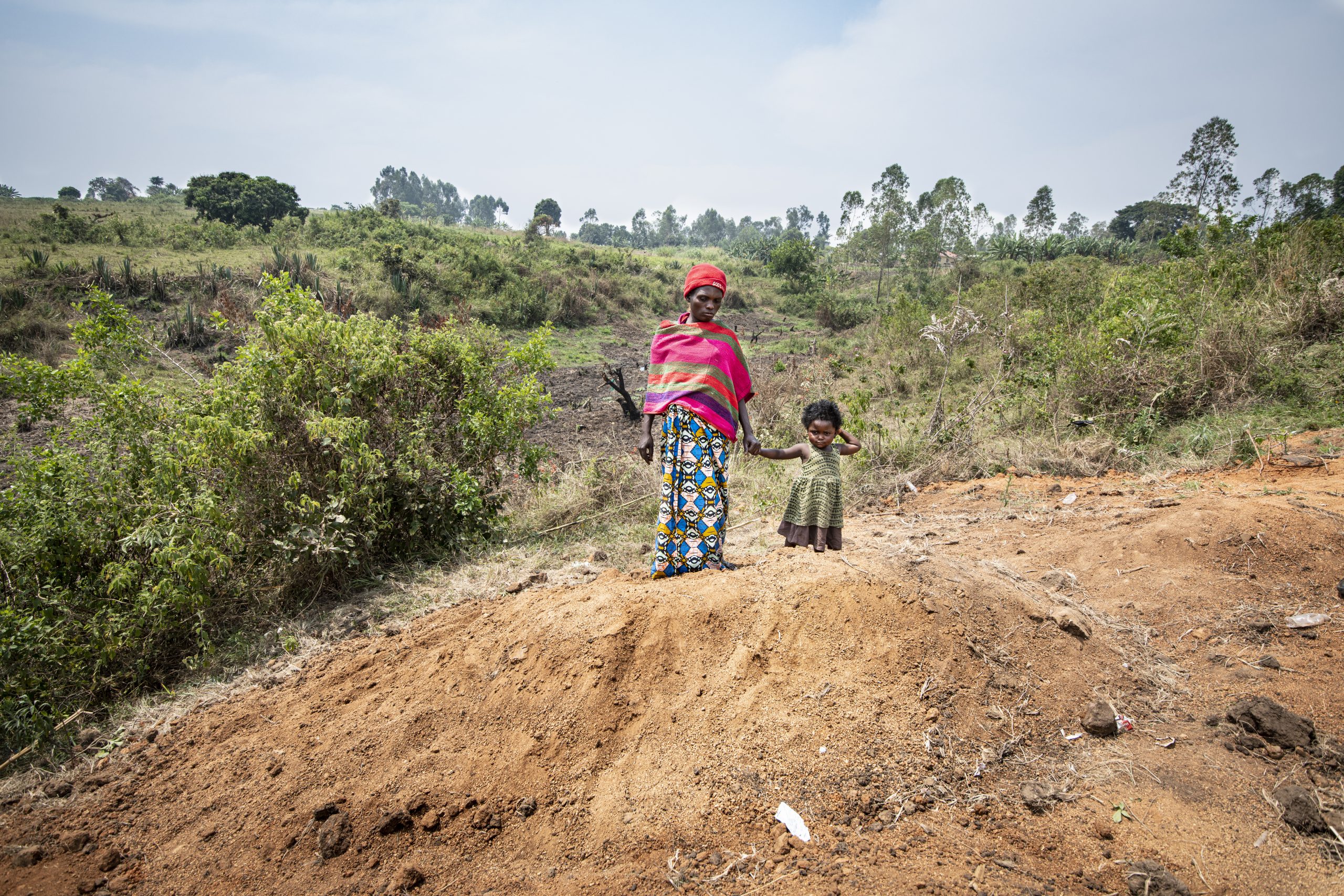 Bujema, 30, at the graveside of her husband who was hacked to death by ethnic militia when he returned to his village to collect food. Tsere IDP camp near Bunia, Ituri province. 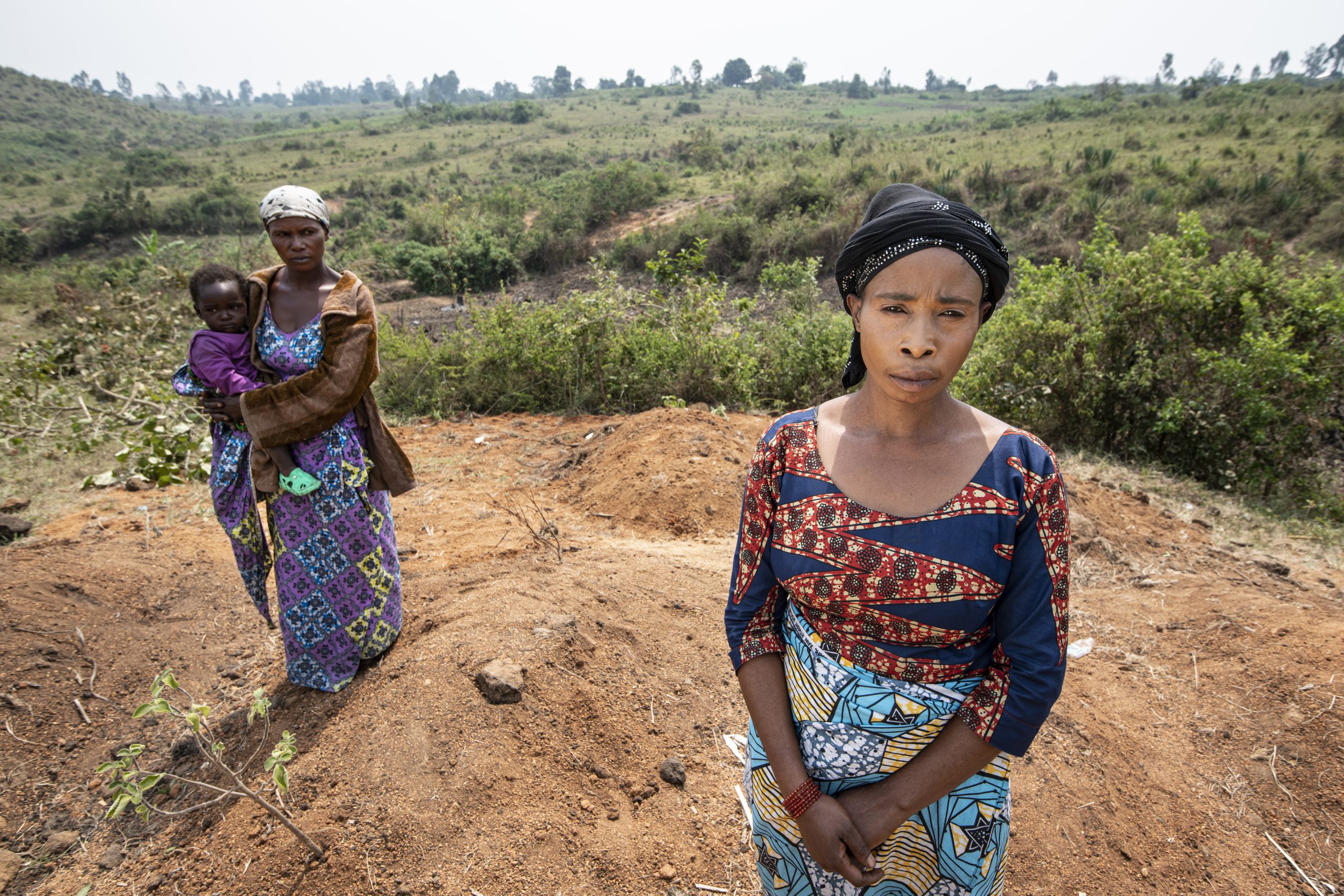 The two wives of Jonathan Mandevu at his graveside, Tsere IDP camp near Bunia. Jonathan was hacked to death by ethnic militia when he travelled back to his village to collect food. 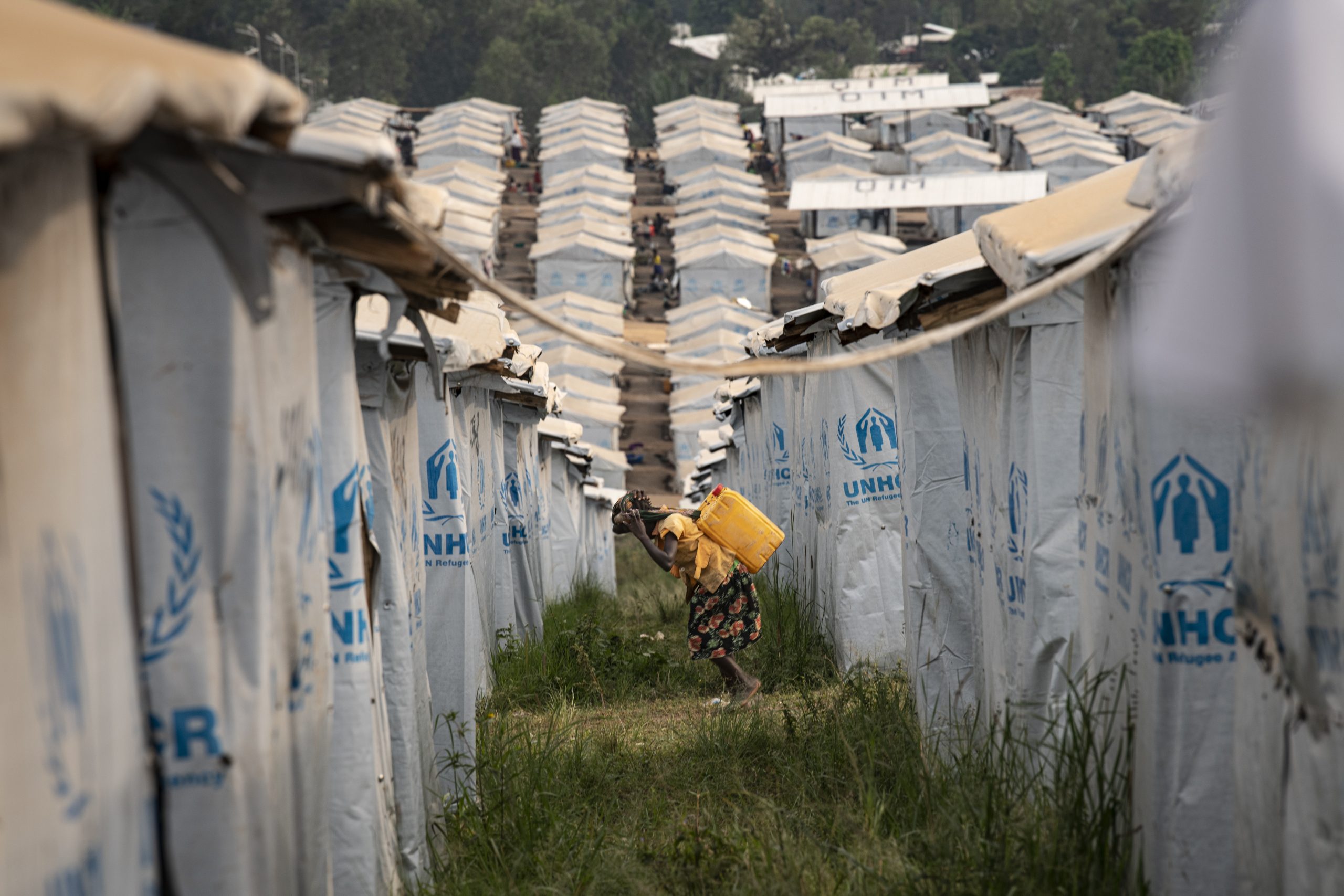 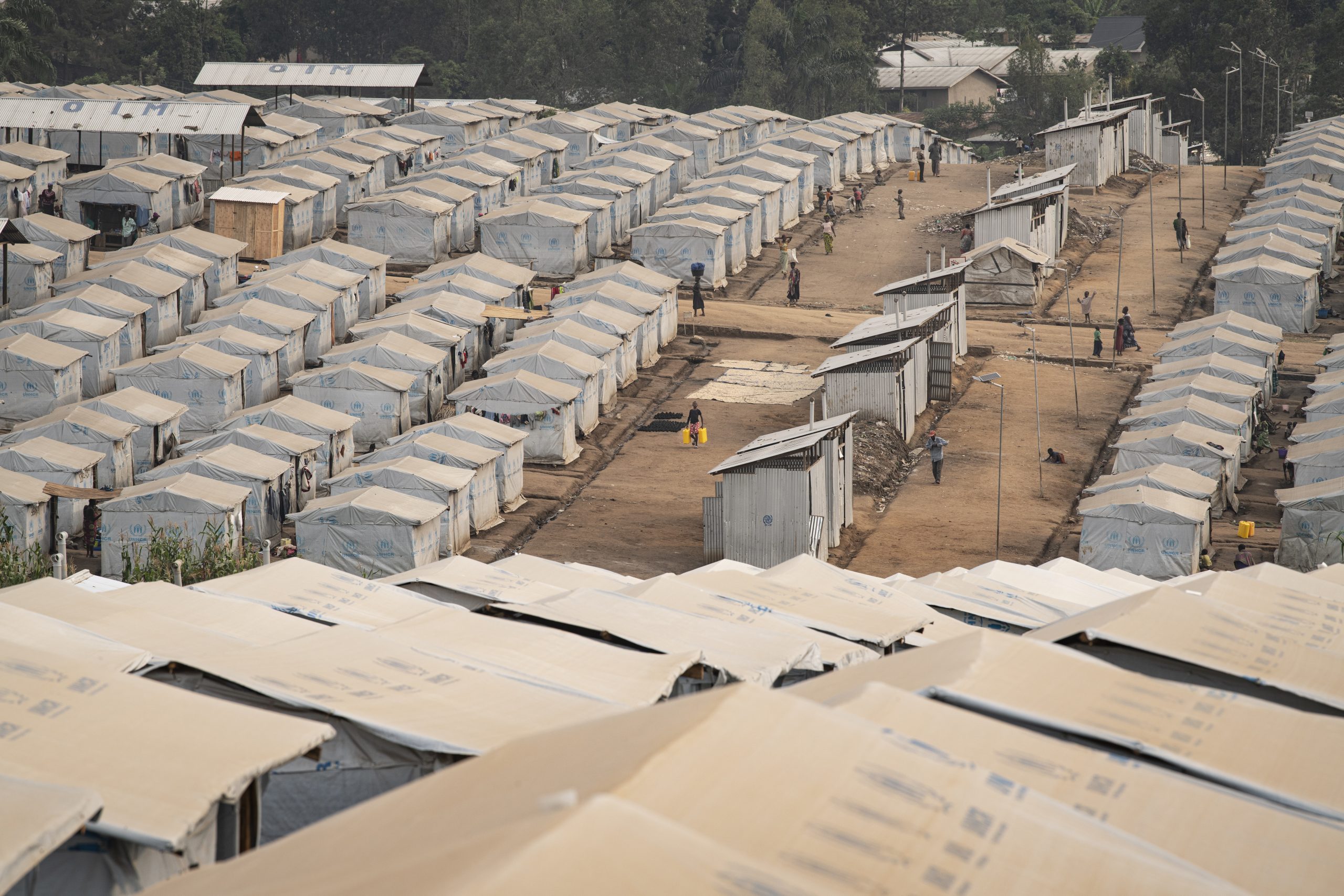 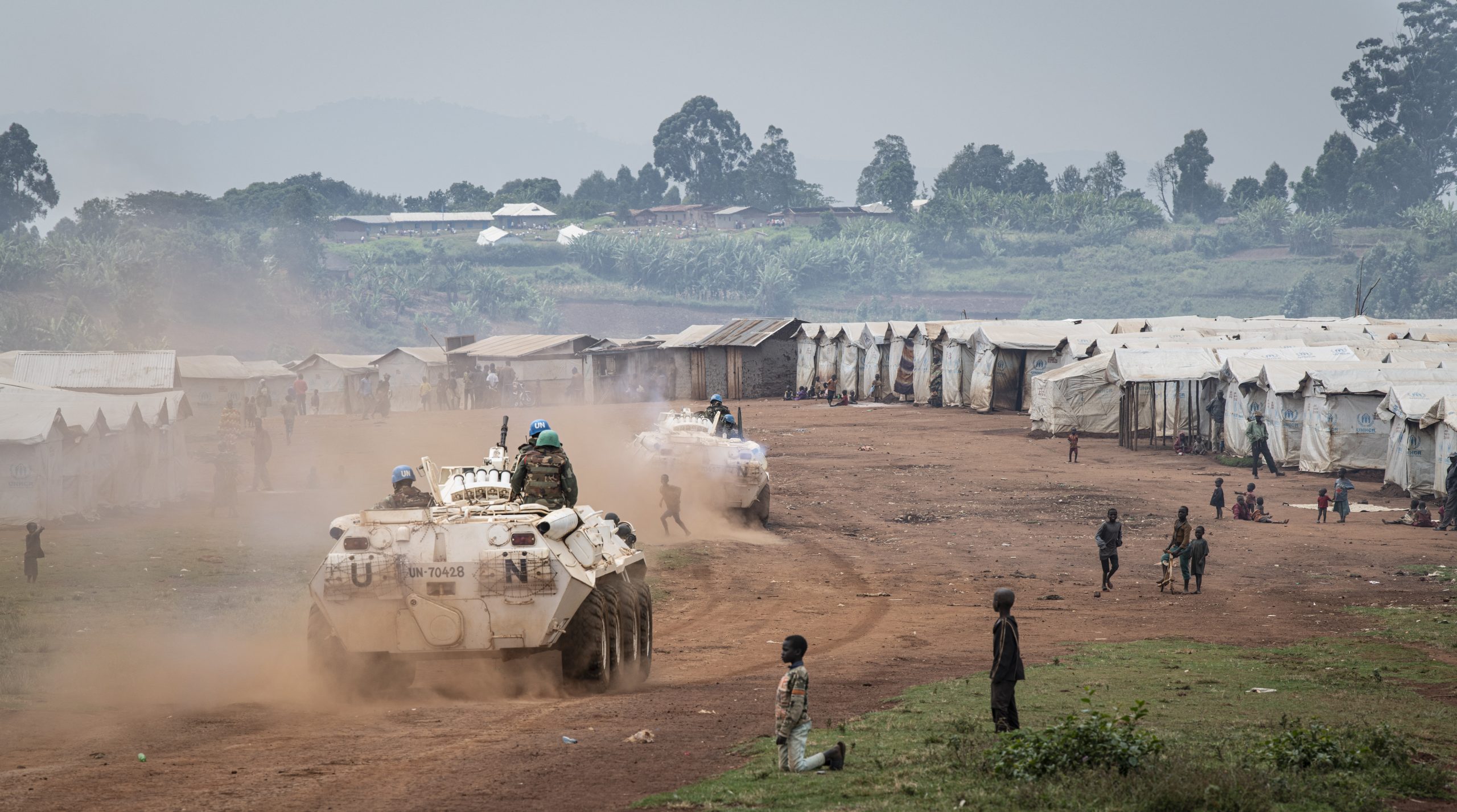 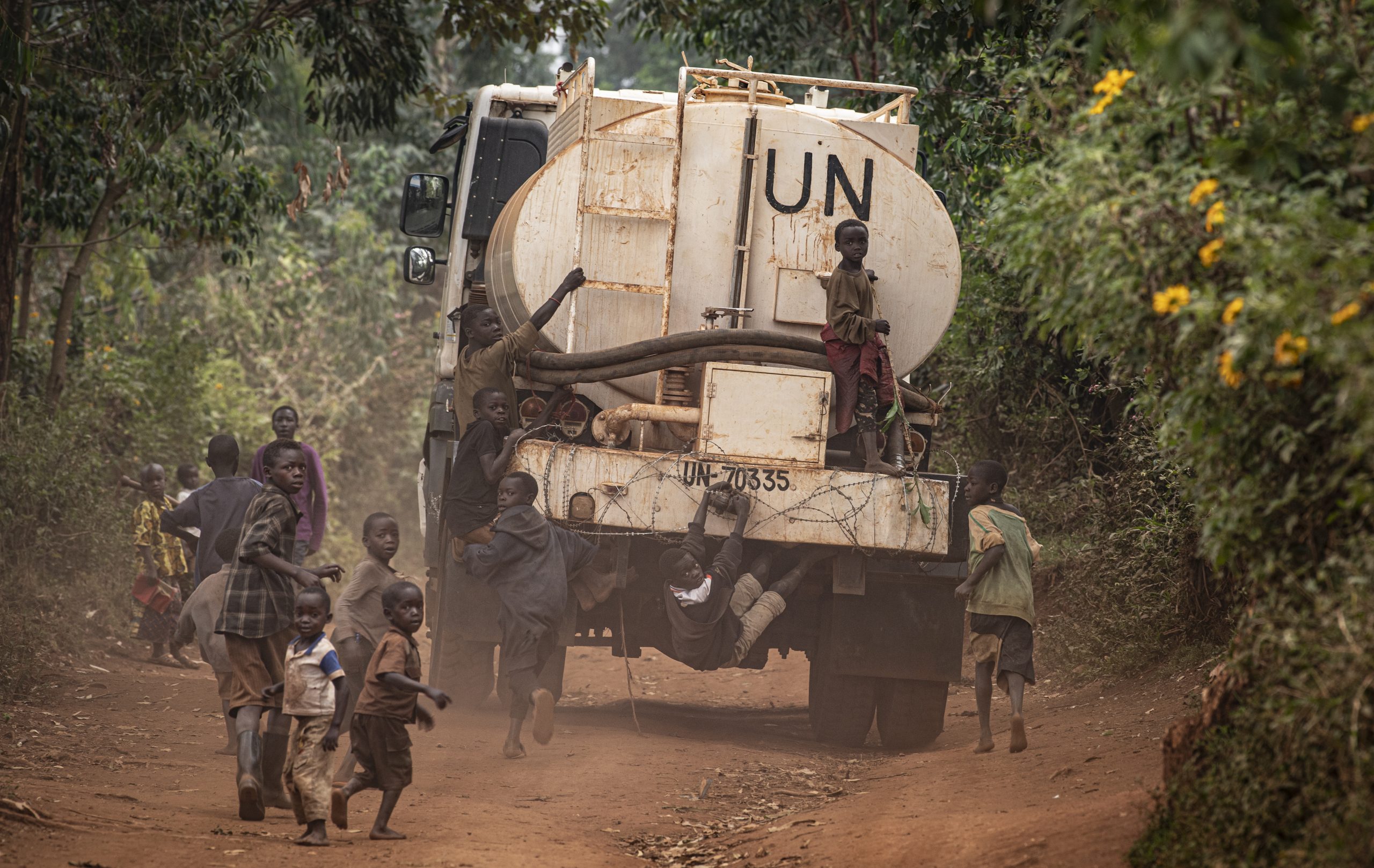 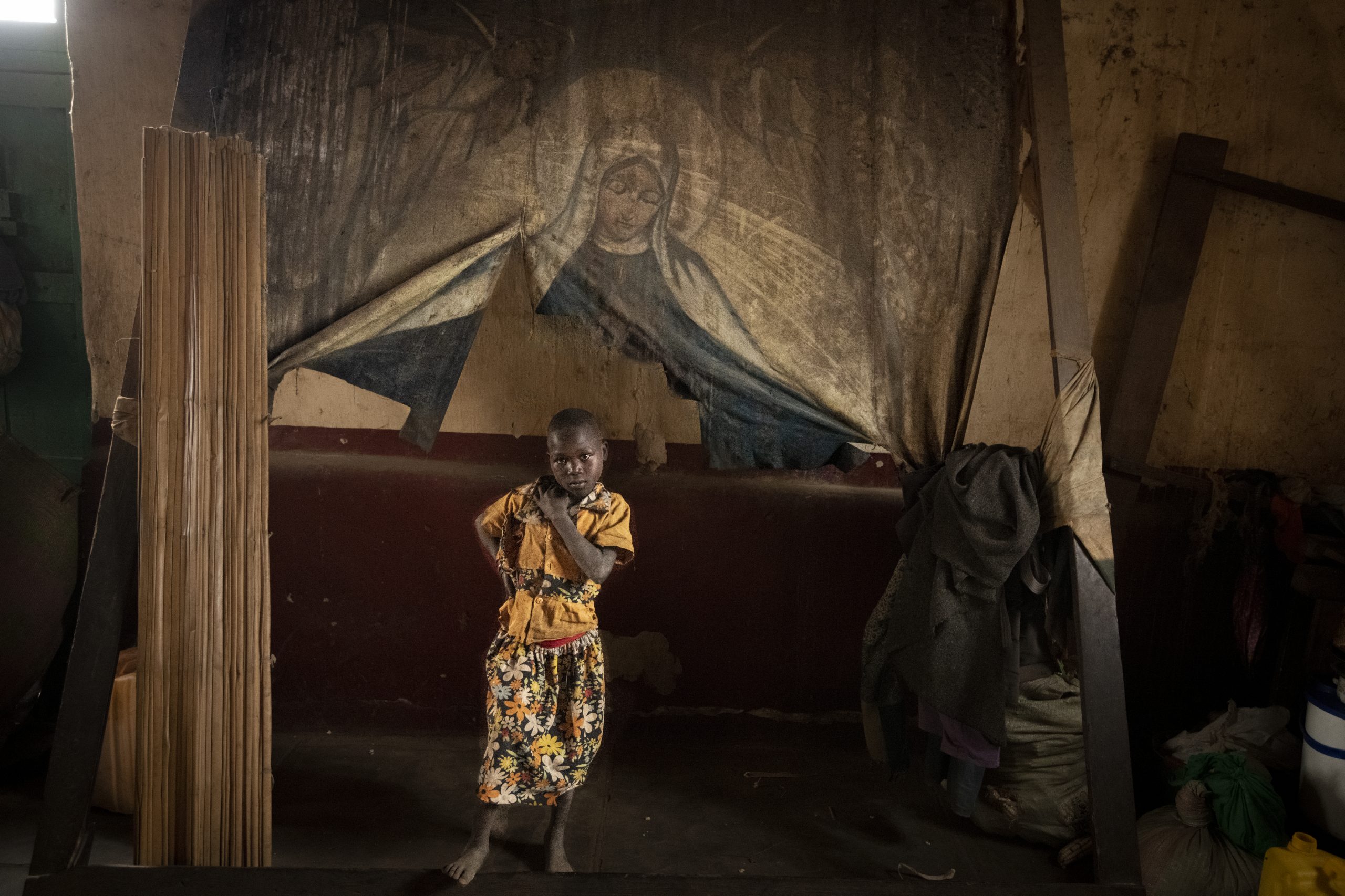 20,000 displaced people live in Drodro. Grace Imani sleeps in a disused church along with several hundred other IDP's. 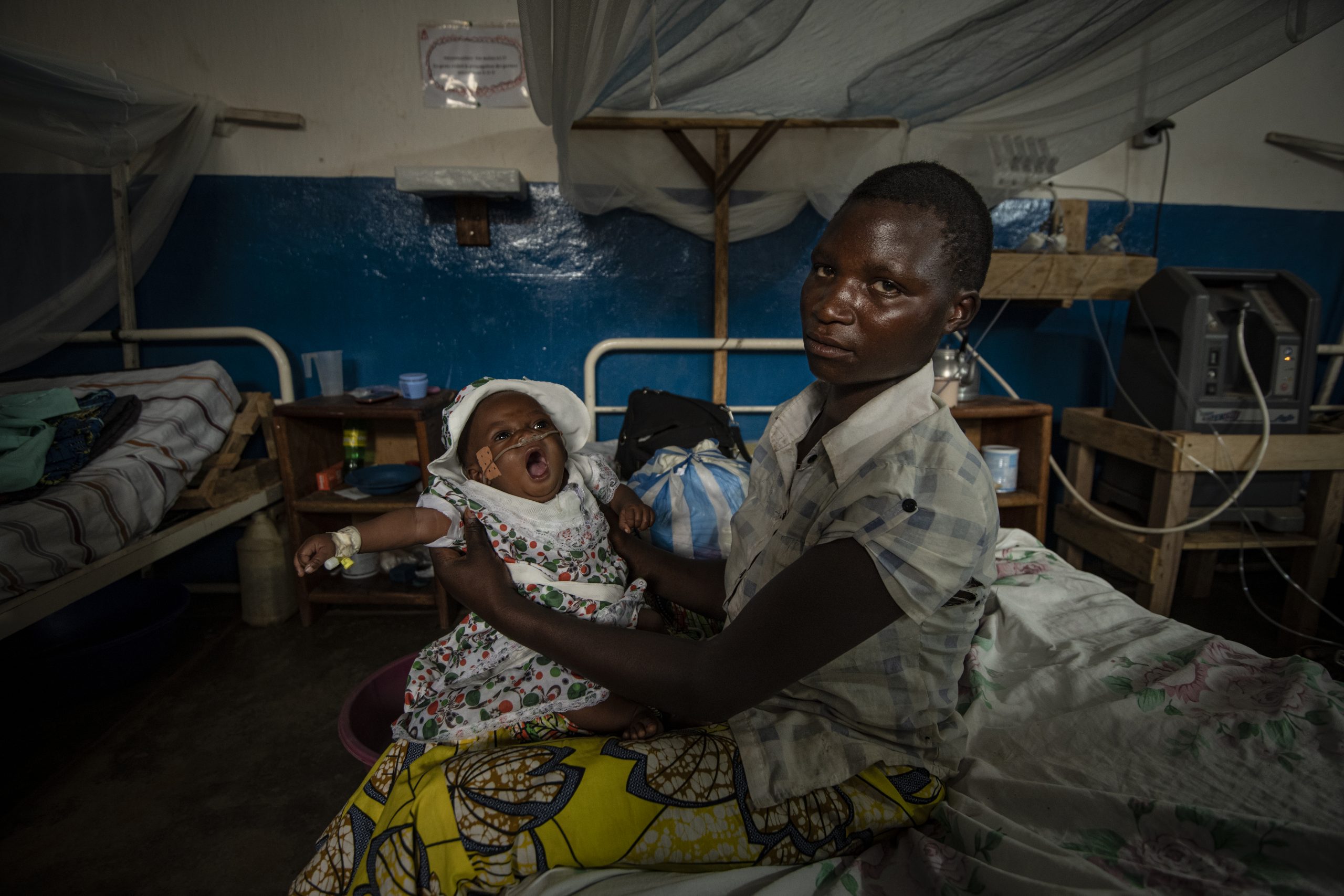 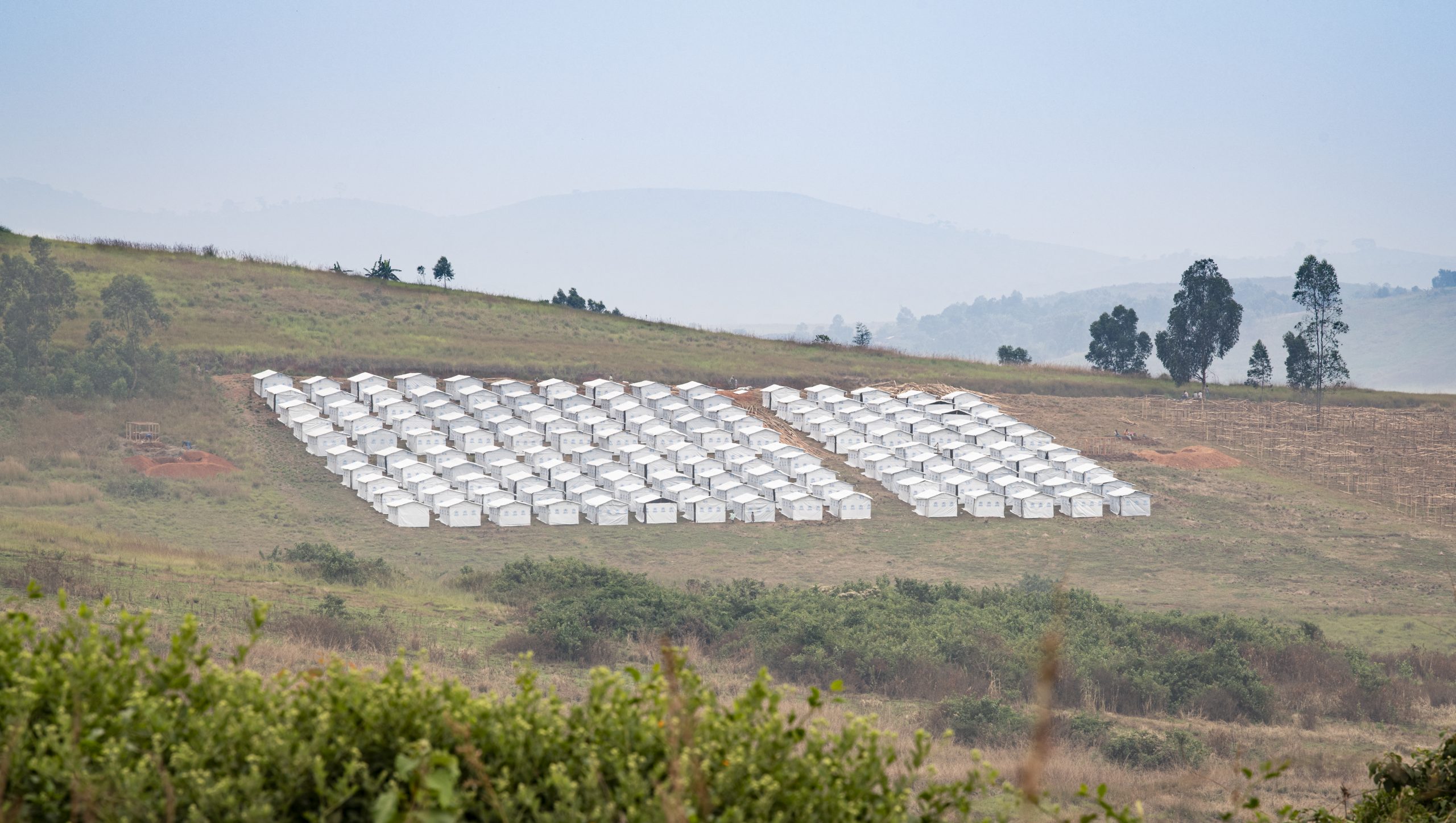 IDP camp, Ituri province near the village of Che. 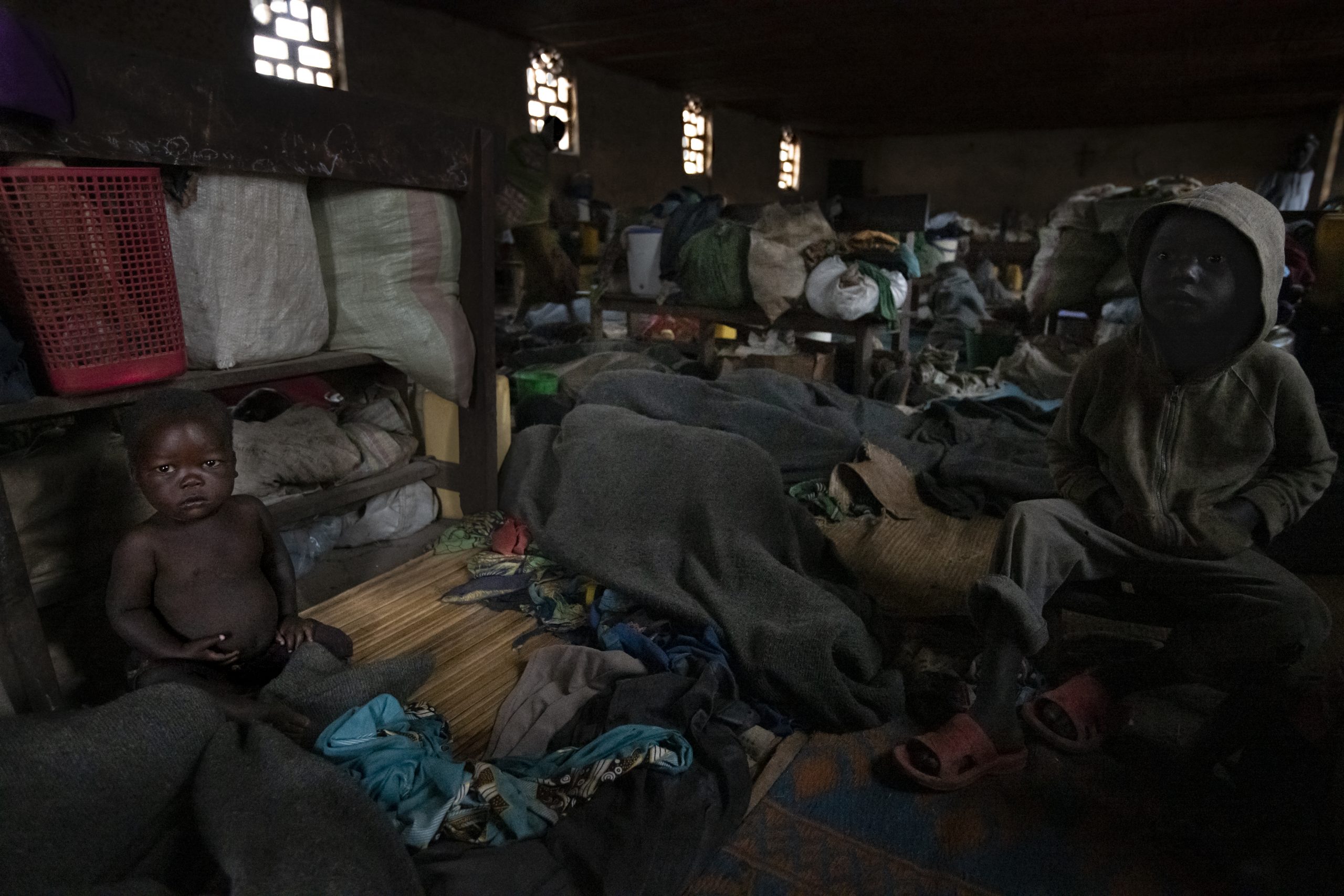 20,000 displaced people live in Drodro. Hundreds sleep in a disused church. They receive practically no aid. 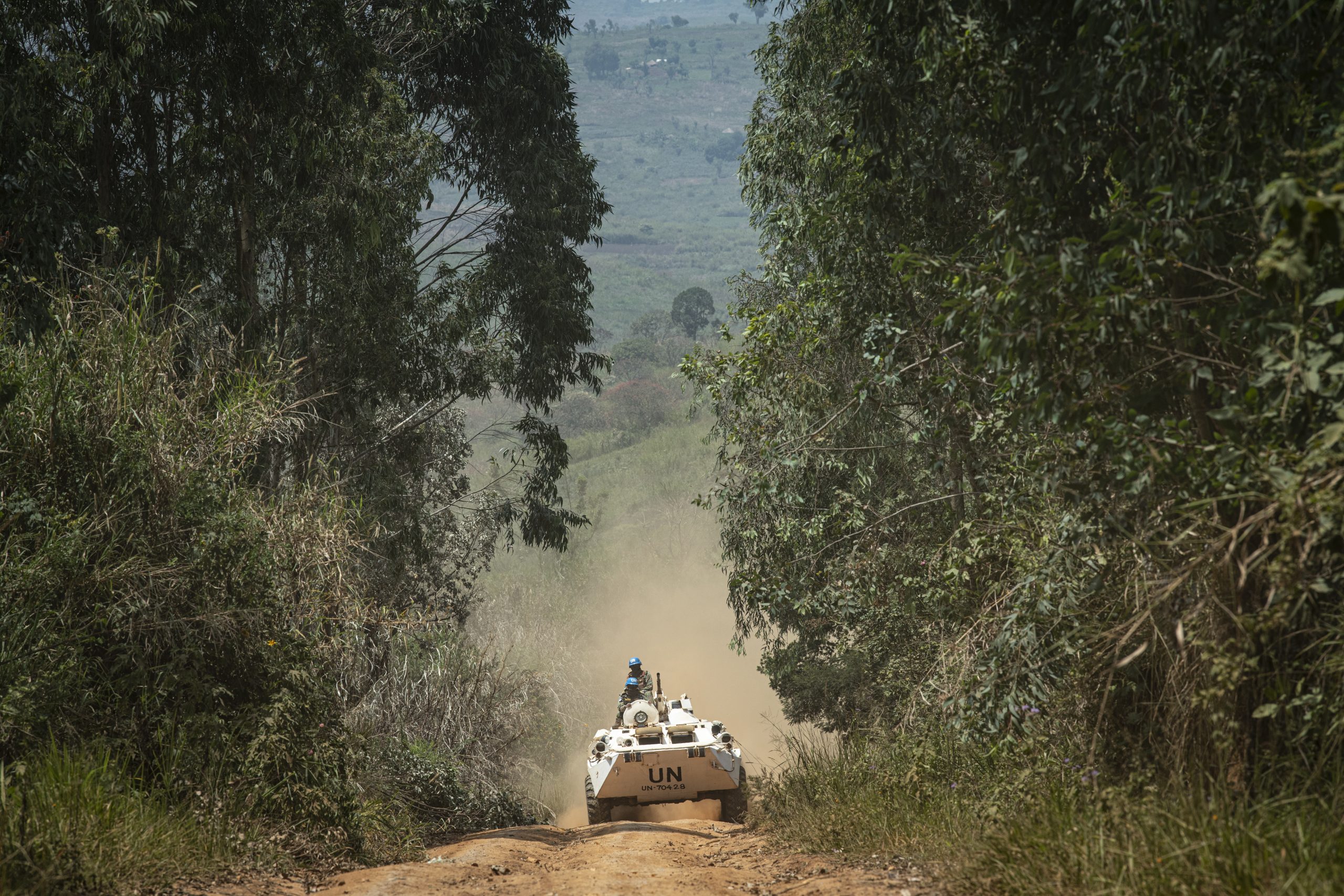 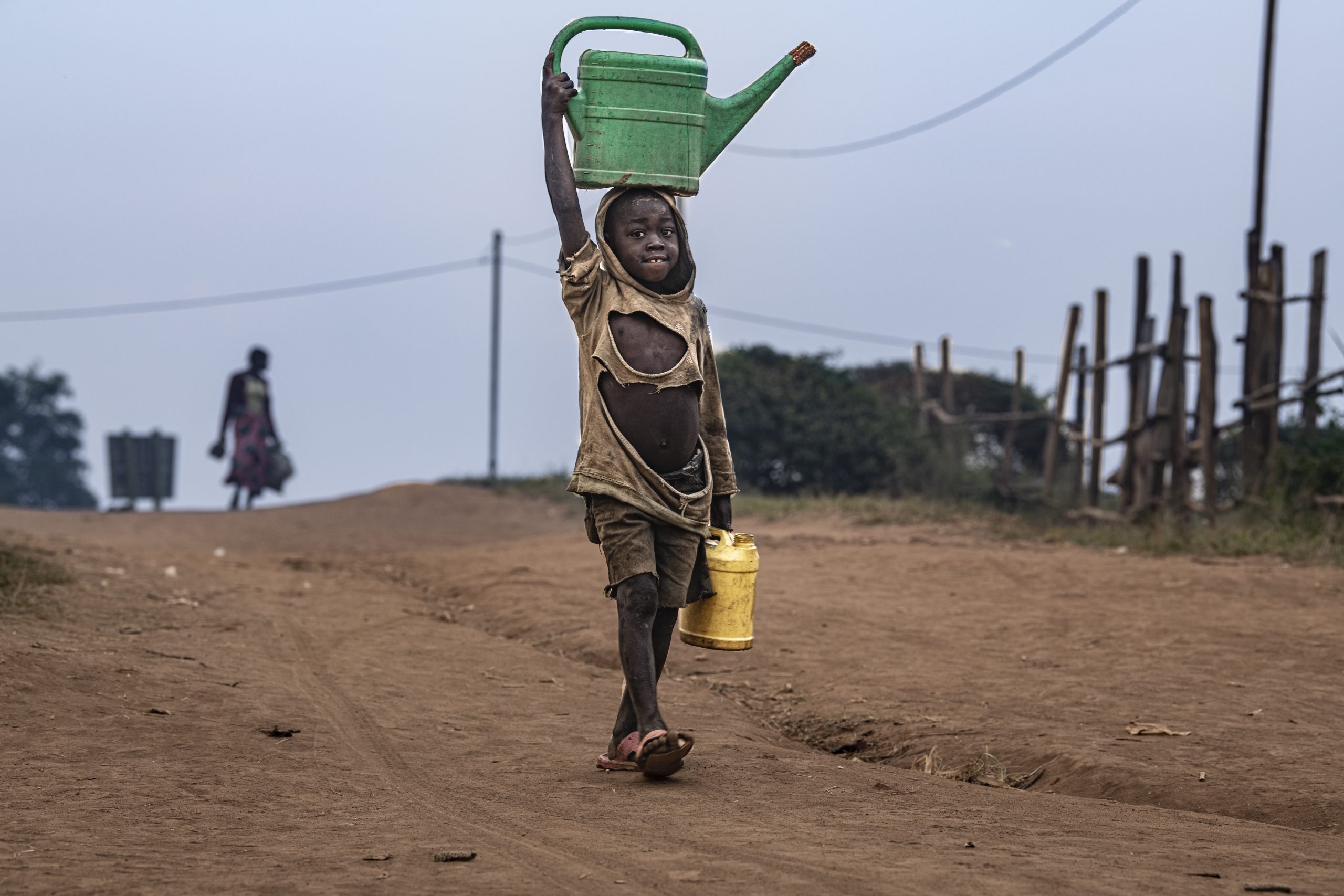 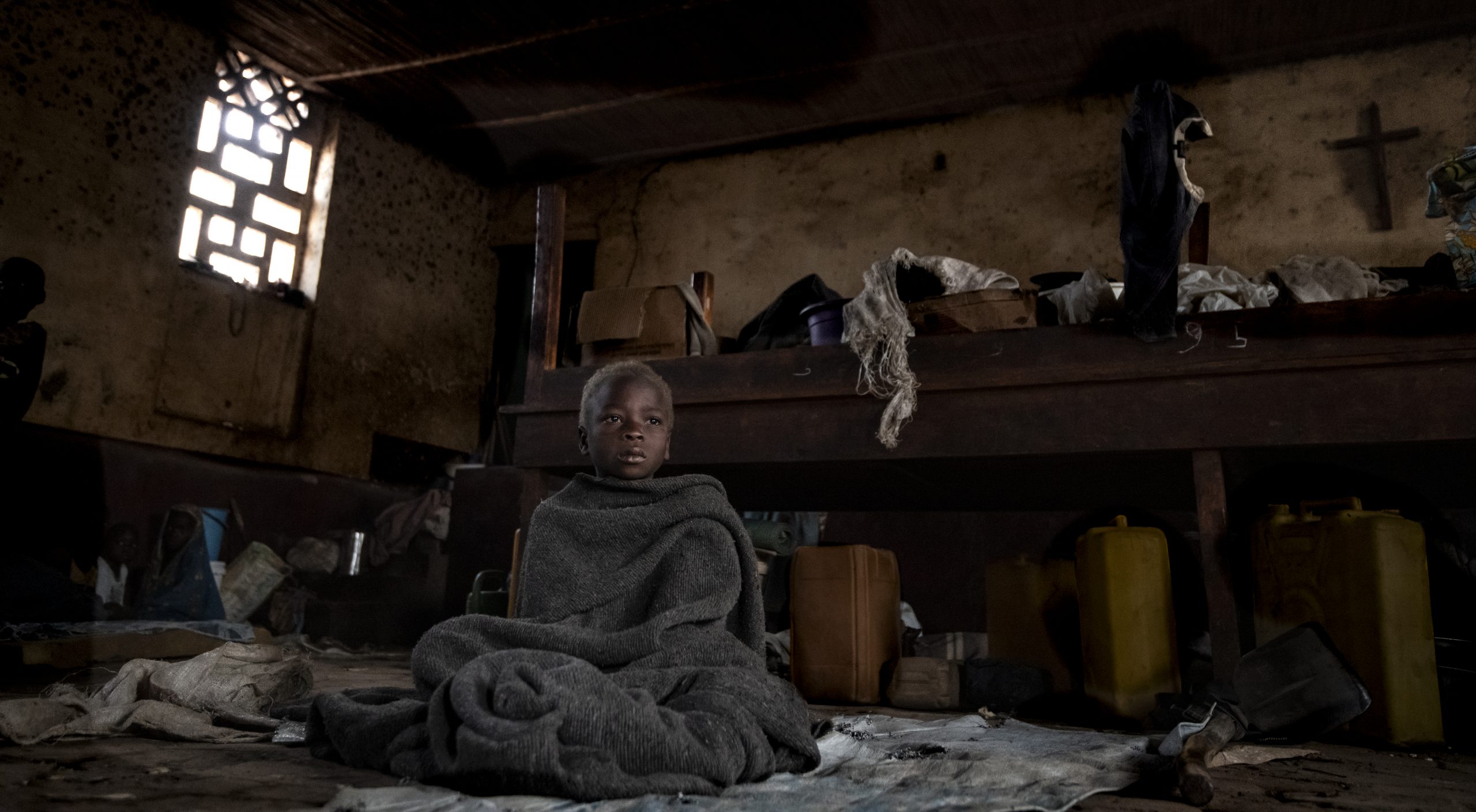 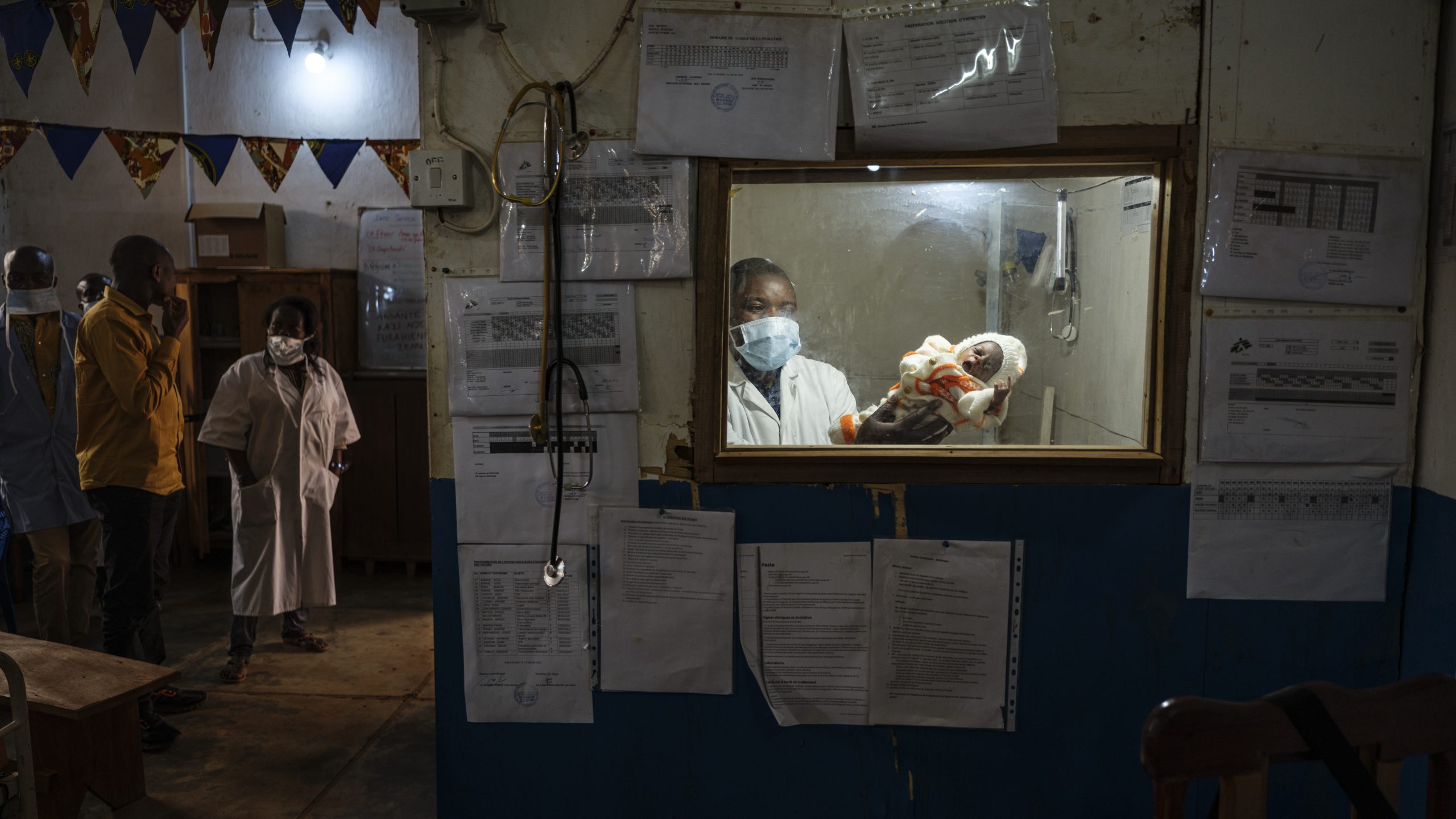